While I'm not from New Orleans originally, I've come to love it and try to embrace as much of its culture as possible.  One common phrase you here a lot, a particularly bittersweet one, is the statement that something (a place, a building, a favorite bar or restaurant) is "ain't dere no more ." In the past frantic year that has resulted in this blog's year of radio silence, one thing that "ain't dere no more" is a lot of my home's decor.  Luckily, I had the privilege of being included in Valorie Hart's House Proud, so I have some beautiful pictures to document the way things used to be.

Now I couldn't afford a full out redo, even if I had wanted to (which I didn't---I LIKE my stuff), so it's all about paint, reshuffling furniture etc.  What Valorie calls "smoke and mirrors"  and my old boss used to call "fluffing and puffing."  I just knew I wanted a change.  I'll talk more about it all later, but I though I'd start with some pics of the new living room. 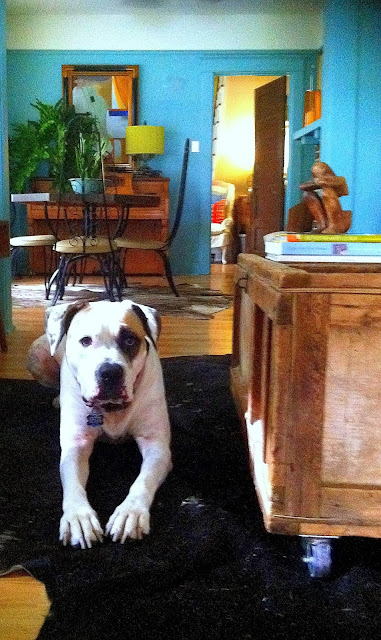 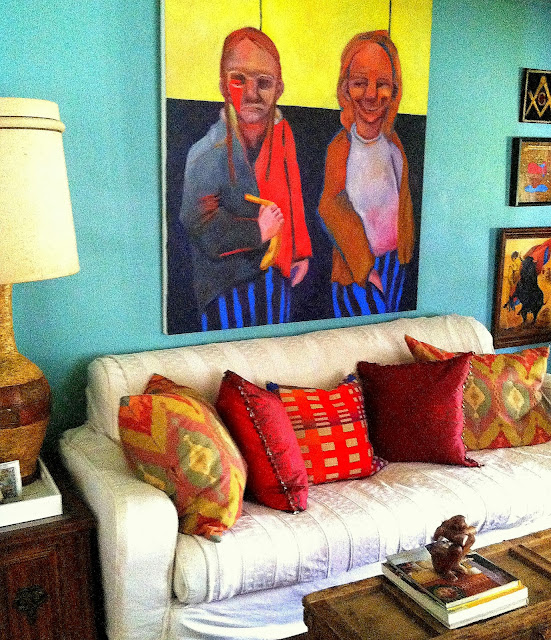 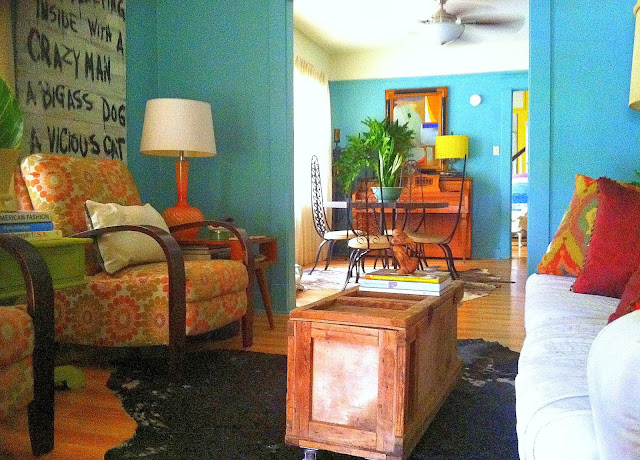 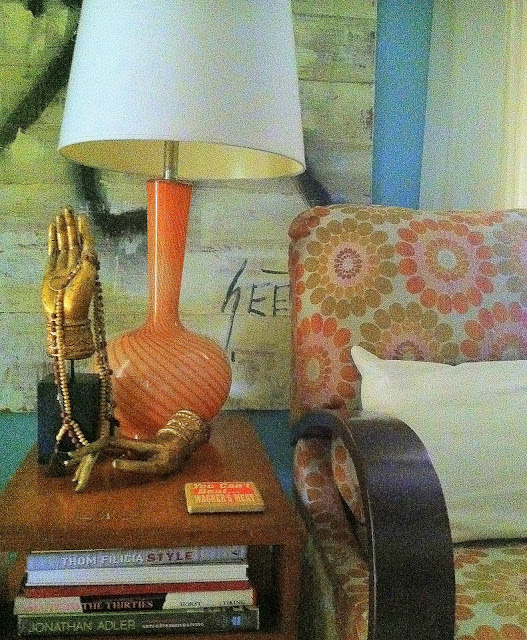 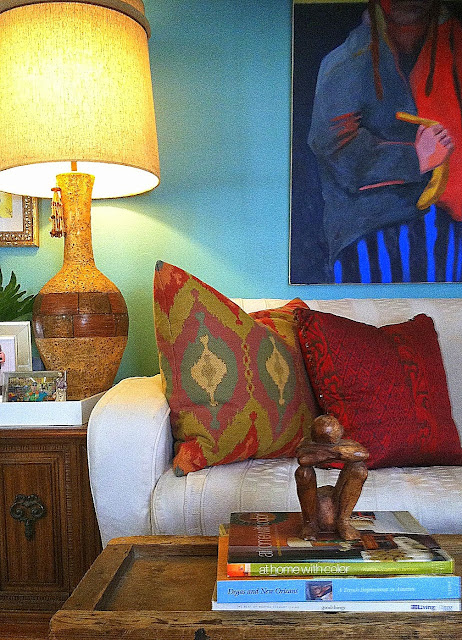 The color is drizzle from Sherwin Williams.  I decided to paint the trim out in the same satin paint.  I cut down my giant bolster from the bedroom for new pillow covers for the sofa, and rearranged the furniture.  I have to say I love it.  Cleopatra approves, which is the main point!
Posted by h. m. settoon at 12:31 PM 1 comment: Links to this post

h. m. settoon
An artist looking for answers in all the right and wrong places. 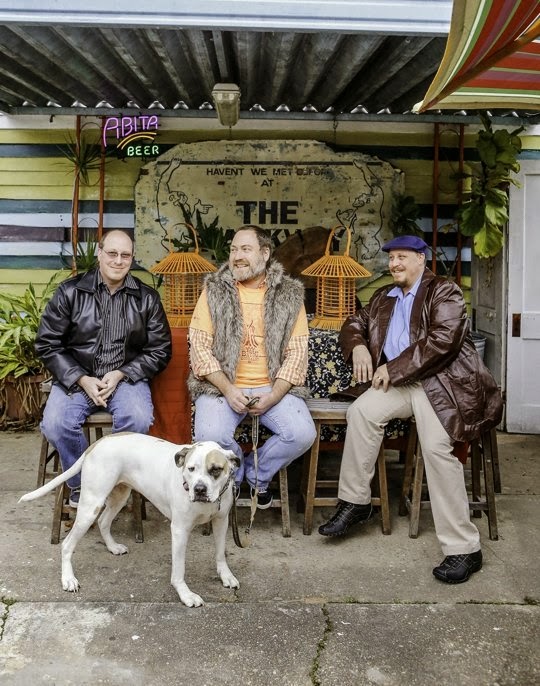